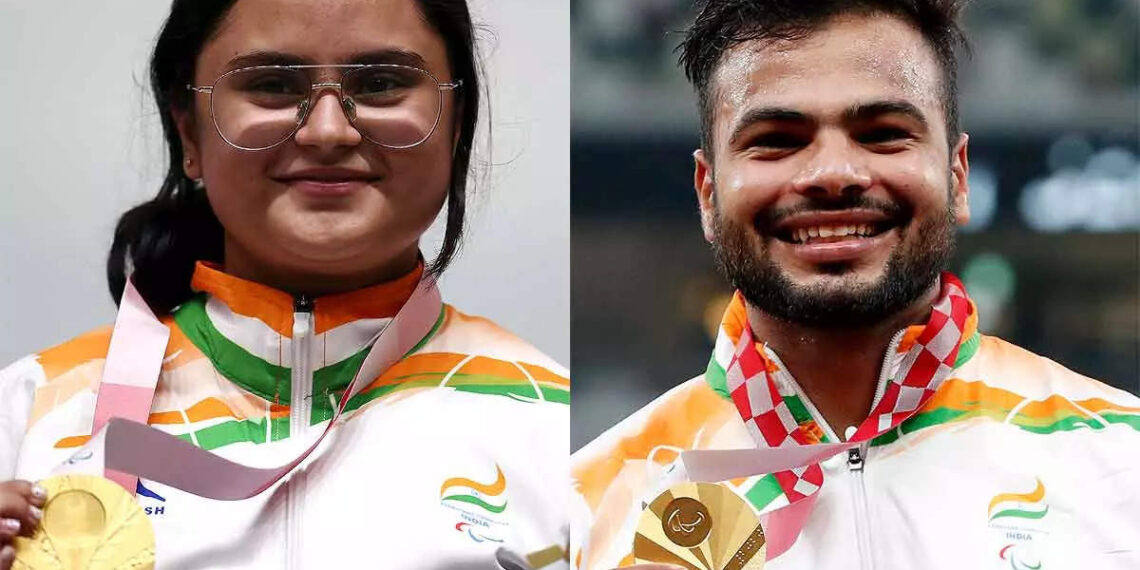 Both of their performances were stunning.

She’s 19-year-old born on 8th November 2001 in Jaipur, IND. Young? Impaired? yet strong and determined to win a gold medal. And currently she is World no 5 in women’s 10m Air Rifle standing SH1 – a world shooting para sport ranking.

Previously, she also competed in the 2018 Asian Para Games and in 2019 she secured the honor of the most promising Paralympic Athlete by the GoSports Foundation of India.

Back in 2012, in an unfortunate event her whole family got into a car accident. She was 11-years old, due to the car accident she sustained complete Paraplegia -Spinal cord injuries.

Life Consists not in holding good cards, but in playing those cards you hold well .

In an interview she said, she doesn’t have any feeling below her waist, and does exercise and stretches every day.

Back then, her father motivated and encouraged her to indulge herself in sports. Well, initially she tried both Archery and Shooting. And she found her true passion and moved to Shooting.

She began shooting in 2015. Her idol is the Indian shooter Abhinav Bindra – a retired shooter, who was the first to win an Individual Gold medal. She got inspired by reading the book written by Abhinav Bindra and Rohit Brijnath “A Shot at History”.

She was bullied and looked down, saying “Is scooter par kya Shooter Banegi”. But she has proved the bully’s wrong.

Her ambition was to be a gold medalist and today, she scripted her name in the history. Today, with a score of 249.6 points in the finals, setting a Paralympic record. Equaled the world record.

He was 17-years old when he got into a bike accident and lost his left leg below the knee, in 2015. Sumit is additionally supported by the GoSports Foundation.

Well, he dreamed of becoming a wrestler but due to the accident he couldn’t pursue his dream. However, after spending a few months in hospital, he was able to walk again with the help of prosthetic leg.

And a few years later…he revived his journey in sports.

A Para-athlete named Rajkumar introduced him to Para-athletics, while he was pursuing his B.com degree in a prestigious institute, Ramjas college of Delhi University.

He began his training in the year 2017, under Nitin Jaiswal in Delhi. And since then, started participating in various national and international events and platforms.

Despite his young age and disability, he performed very well in the national events. Displaying his skills and determination.

After seeing his talent, hard work and devotion GoSports admitted him into the Para champions programme in 2019. Since then, he has been enhancing his skill and strengthening his ability.

And today, he acquired a gold medal in the 2020 summer Paralympics. With a massive 68.55mm in javelin throw, breaking the world record.

For India Monday was a golden day in the history of sports. India won 5 medals – 2 gold, 2 silver and a bronze on Monday taking the country’s tally of medals to 8. Which has never happened before. This achievement has raised hopes for differently-abled athletes.

“ To sit there and tell anybody they can’t do something because of a disability, I think that’s ridiculous”

The All New Royal Enfield Classic 350 launched with new features

The All New Royal Enfield Classic 350 launched with new features