In Indian rupees, one hoverbike is priced at a jaw-breaking 5.1 Cr.

by Piyush Ranjan
in Bikes
0 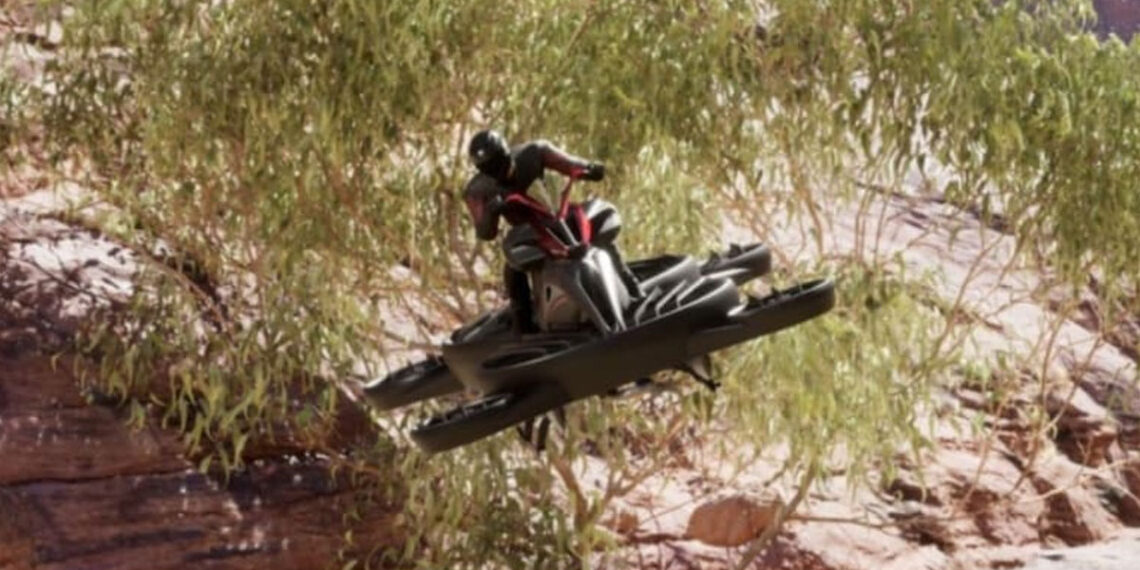 Who thinks that the day is near when we can fly above the heavy traffic jam? Well, this seems true now as the world’s first hoverbike is just unveiled. A Japan-based startup ALI Technology Inc. unveiled the world’s first-ever hoverbike.

Japan-based technology startup ALI Technology Inc launched the world’s first-ever hoverbike xturismo Limited edition. In Indian rupees, one hoverbike is priced at a jaw-breaking 5.1 Cr. Yes, you heard it right. So, this indicates that this is not for everybody.

The hoverbike is equipped with 4 propellers and one engine alongside two battery packs. The company said that in the first quarter of 2022, 200 such hoverbikes would be designed and ready for booking.

Currently, another major problem with this hoverbike will be where to fly these bikes as no such guidelines are present currently. You cannot take this to the street or fly above the street. There needs to be some separate route or flying regulations.

However, the company believes that xturismo limited editions would be a perfect rescue vehicle, as road conditions will not be an issue for this hoverbike. It can rescue people and even animals from great dangers.