If you're a potterhead, a fan of magical movies ,here's something similar to watch 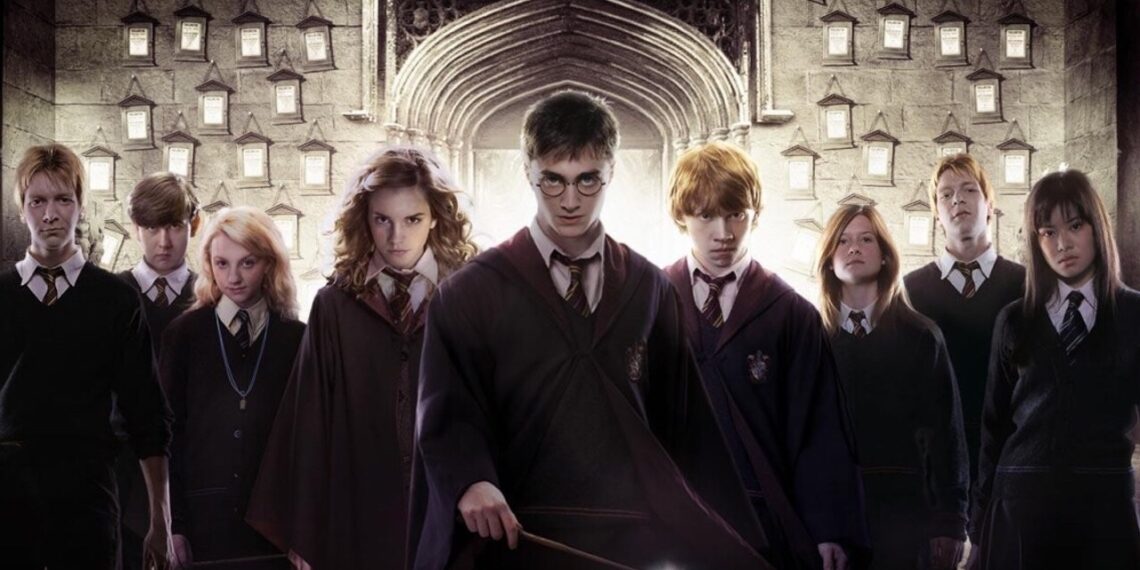 Harry Potter’s fantasy story immersed followers in the magical world of Hogwarts, where they could ride broomsticks, play Quidditch, cast spells, create potions, meet amazing mythological animals, make new friends, and, of course, battle bad wizards. Harry’s journey pushes the audience to fight against their inner demons and stand up for what’s right, from a timid and introverted orphan in Harry Potter and the Sorcerer’s Stone (2001) to leading an army against the Dark Lord Voldemort in Harry Potter and the Deathly Hallows (2010 and 2011).

Also Read: 10 best comparable similar films like Interstellar that you should not miss at any cost

Harry (Daniel Radcliffe), Hermione (Emma Watson), and Ron (Rupert Grint) are the famous three who show how a good group of friends can make all the difference. It’s all about friendship, magic, and love in Harry Potter.

So, if you’re someone who loves Harry Potter movies then here are some magical movie suggestions right for you.

Escape to Witch Mountain is one of those films that appears to be centered on magic at first, but then takes an unexpected turn. While residing in an orphanage, two orphaned siblings named Tia (Kim Richards) and Tony (Ike Eisenmann) possess extraordinary powers that they keep hidden from others.

If you’re tired of the same old witchcraft stories, Escape to Witch Mountain should be at the top of your list. It explains why the Ministry of Magic in the Harry Potter films had to construct a separate facility for wizards and witches, as well as magical creatures from around the world.

A famous teen fantasy film that once again explores the risks of having unrestricted power. Robyn Lively portrays Louise Miller, a 15-year-old student who realizes she is the reincarnation of a powerful witch.

Bedknobs and Broomsticks is a musical fantasy that combines parts of traditional children’s stories with wartime challenges. This movie is about three youngsters named Charlie (Ian Weighill), Carrie (Cindy O’Callaghan), and Paul (Roy Snart) who are rescued from London during the Blitz of 1940 and placed in the care of a reluctant Miss Eglantine Price (Angela Lansbury).
Watch this classic movie to know how things took turns in their lives.

The Kid Who Would Be King is a film filled with history, drama, comedy, adventure, and imagination about a little boy named Alex who discovers the legendary sword Excalibur. Alex and his buddies (the knights of his circular dining table) must defend humanity from the evil enchantress Morgana after joining forces with the renowned wizard Merlin.

Rose Hathaway, a half-human, half-vampire, attends St. Vladimir’s Academy, a scary and ancient institution where she must confront evildoers and restore balance to the underworld. Rose must balance her life as a teenager while also protecting her best friend and the people she cares about, which comes at a high cost.

The film depicts a child named Jared and his two brothers as they move to an inherited family property, based on novels by Tony DiTerlizzi and Holly Black. Surprisingly, they discover amazing objects all around them.

The Baudelaire children are kidnapped by the mysterious Count Olaf, who wants to steal their inheritance after their parents die. It may not have any magical aspects, yet it bears some resemblance to Harry Potter. To begin with, they are orphans who must fend for themselves after their parents are assassinated by a violent enemy.

8 : The Chronicles of Narnia Trilogy

The Chronicles of Narnia follows the four British Pevensie siblings as they uncover an ordinary wardrobe that transports them to the mythical land of Narnia, complete with nasty witches, kindly fauns, a noble talking lion, and a handsome prince, based on the 1950s C.S. Lewis fantasy novels.

Fans of the Harry Potter series know that Robert Pattinson traded in his Hufflepuff robes as Cedric Diggory for the cult favorite Twilight saga’s now-iconic role as vampire Edward Cullen. Since the first novel was released in 2005, Twihards have been enthralled by Edward and Bella’s forbidden love.

10 : Charlie and the Chocolate Factory

This popular Roald Dahl story was adapted for the big screen for the second time, this time by Tim Burton. After discovering a golden ticket in one of the wacky chocolatier’s candy bars, an underprivileged young British boy named Charlie is one of five children chosen to experience a rare, fantastical visit to Willy Wonka’s Chocolate Factory.