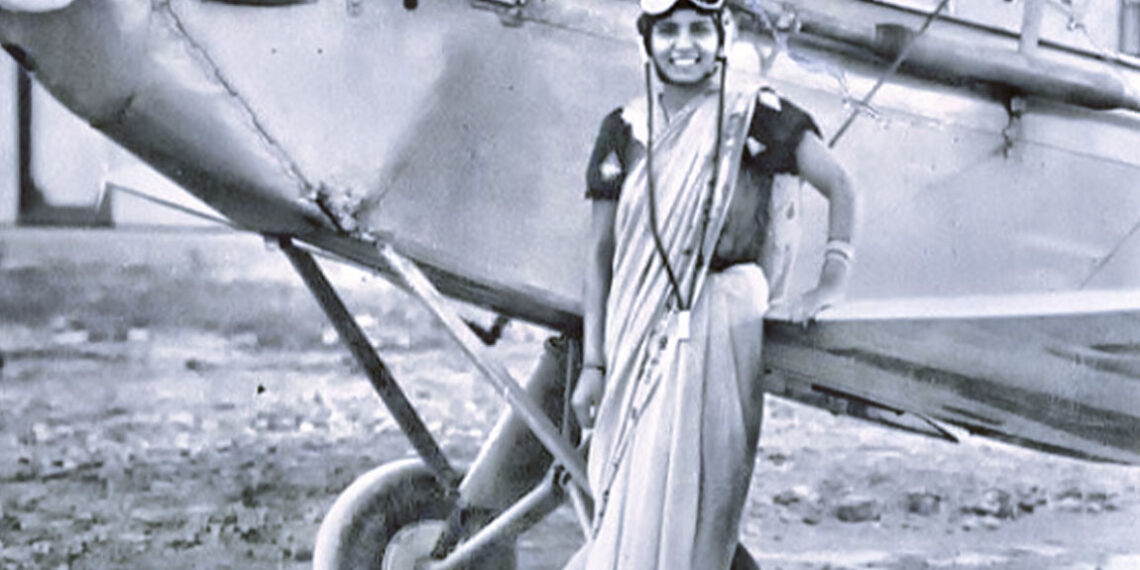 Google has dedicated its doodle to Sarla Thakral on Sunday, 8 August. Sarla Thakral was the first woman in India to fly a plane. Today her 107th birth anniversary is being celebrated. She is remembered in history as a superwoman. Before independence, when even stepping out of the house was full of challenges for women, Sarla Thakral created history in the Sky.

Sarla Thakral was born on 8 August 1921 in Delhi. After partition, Sarla moved to Lahore with the family. Sarla used to dream of doing something big since childhood. She was not just a pilot, but also a successful entrepreneur and a designer.

She got the inspiration to become a pilot from her husband. In an interview, Sarla Thakral had told that she wanted to fly like a bird since childhood.

“When I saw the ship, I thought that I would fly it sometime, but before that, I used to mention my dreams to someone, got married at the age of 16.”

Sarla Thakral’s in-laws were of modern thought. Both husband and father-in-law were pilots. So when she expressed her desire to fly an aircraft in front of her family, she was enrolled in the Flying Club of Delhi.

Newspapers wrote that the Sky is no longer only for men. Sarla Thakral got an A license after completing a thousand hours of flying, thus becoming the first Indian lady pilot. She flew several times between Karachi and Lahore for three years. In 1939, Thakral stopped flying the plane as her husband died in a plane accident.

At that time, flight operations were also stopped due to the Second World War. After the death of her husband, she returned to Delhi with her children. Sarla Thakral had given up flying the aircraft, but her spirits did not give up flying. After coming to Delhi, she learned designing and became a successful businesswoman earning success in this field.