The Matriarchal society of the largest terrestrial animal

by Palakshi Devi
in Buzz
1 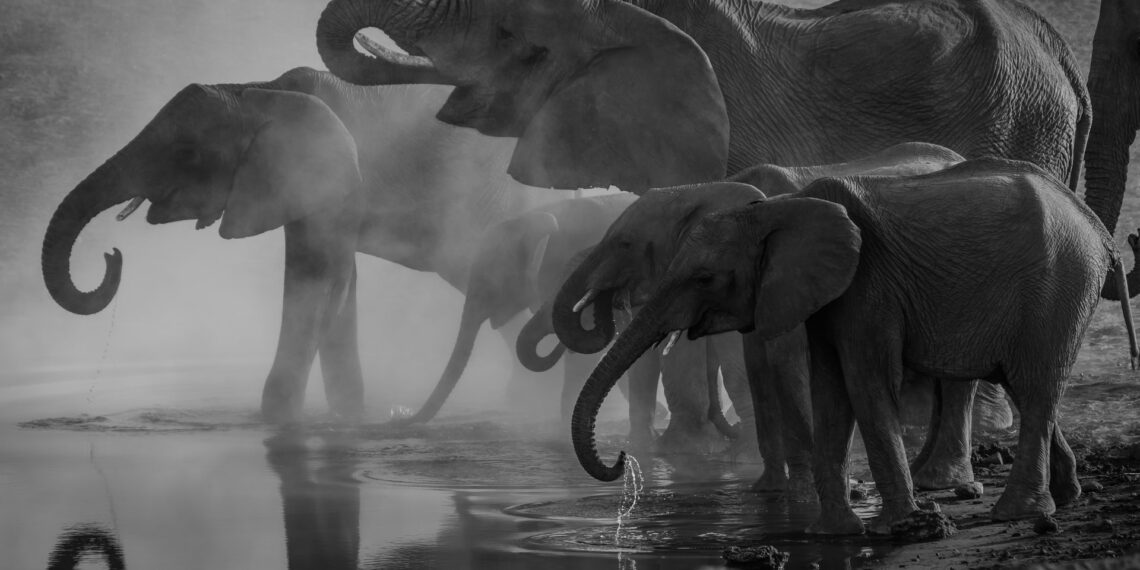 On the planet Earth, Elephants are the largest animal on land with their unique characteristics and appearance. Usually, two different species of elephants are recognized on different continents having different yet unique characteristics and physical features- the African elephant (Loxodonta Africana), the Asian elephant (Elephas Maximus). The life span of African elephants is upto 70 years, and Asian elephants can live upto 60 years. The African Elephant is larger in size among both the species. Elephants are not territorial. Depending upon the size of the herd, their home ranges between 10 km to 70 km or even larger.

African elephants congregate more, compared to Asian elephants as there are scarcity of food in the area. With the abundance of food, larger social structure of elephants are formed.

According to National Geographic, African elephants can be found in the sub-Saharan part of Africa, in the Central and west African rainforests and in Mali at the Sahel desert. African elephants grow from 8.2 and 13 feet (2.5 and 4 meters) tall (shoulder) and weigh 5,000 to 14,000 lbs. (2,268 to 6,350 kilograms). African elephants have bigger ears. The tusks of both male and female African elephants are large and to pick up things, on the end of their trunks they have two “fingers”.

The Southeast Asia, India and Nepal, is the home of Asian elephants in wilderness and rainforests. Asian elephants grow between 6.6 and 9.8 feet (2 and 3 m) tall (shoulder) and weigh between 4,500 and 11,000 lbs. (2,041 and 4,990 kg). According to San Diego Zoo, the ears of Asian elephants are small and round in shape. On the end of trucks they have singer “finger”. Only male Asian elephants grow large tusks, and females along with a few males have much smaller tusks compared to others, called as tushes that doesn’t usually grow outside their mouth.

According to World Wildlife Fund, the deep rooted teeth, that grows to help the elephant in protecting their trunk, lifting, defence and digging are called tusks. The tusks can be termed as left-tusk and right tusk like in terms of human beings, ut is left hand and right hand.

According to San Diego Zoo, both the species of elephant spends about 16 hours in eating different types of grass, fruits, tree leaves, barks and roots. Per day, an elephant consume 165 to 330 lbs. (75 to 150 kg) of food.

The herd of elephants is lead by the eldest female, who is in charge, as they follow they matriarchal structure. Depending upon the food supply, the group includes 6-20 members, consisting female family members primarily and young calves. The herds generally splits into numerous small groups, if the family gets too large, which stays in the same area.

The society of elephants is different depending upon gender, and population. Adult female elephants form a matriarchal society whereas adult males prefers solitary.

After gaining maturity, male elephants will leave their family, in order to find their own food and shelter. Around the age of 12 to 15 years of age, matured males will leave their natal family unit. Matured males generally live alone or they prefer living in small bachelor groups, where they associate with other males.

The matured males in their bachelor group have their hierarchal-ranking society. Leaders are determined by their strength, age and power to protect the herd. The hierarchical role are passed and re-established whenever a leading male leaves the group or new matured male enters the group.

Matured males move to non-natal family. Males who does not prefer a specific family, will randomly move to different herds daily or even hourly seeking for reproductively receptive females. A matured male have the potentiality of mating upto 30 times in a single year amd allows paternal responsibility of upto 4 calves in three years among one particulnit.

On the experience and the ability to recall the memory of the best area for food, water and shelter, the quality of matriarch depends upon. The matriarch is accountable for teaching and guiding the young members of the family. She is also responsible for guiding younger members to socialize with other elephants.

Elephants gain sexual maturity between the age of 8 to 13. Untill the middle of teen years, female may not have their first baby, and upto the 30s of a male, he might not be a father, untill he is strong enough and capable to compete with other males.

With 22-months of gestation period, only a single calf is born. The newborn calf stands 3 feet tall and weighs from 150 to 350 lbs. (68 and 158 kg). Calves are generally hairy with longer tail and shorter trunk. In the first year, the calf grows, gaining 2-3 lbs, everyday.

Elephants communicate with each other and they tends to be really social. They can spot other elephants from distances of upto 2 miles by rumbling. The herd of elephant is always concerned for well-being of each other among the group. They adapt every measure to take care of each member and to protect the weak members.

Elephants are considered to be extremely intelligent and they show advance problem-solving skills. They shows their empathy, mourning and they have self-awareness. When elephants had to face any deceased companion, they take a silent pause, and the decreased remains are touched by their trunks.

Elephants are crepuscular. They are primarily active during the twilight, when the environment is cooler and darker.

Approximately, elephant sleeps fir about 4 hours in night. Initially they spent standing, but during deep sleep, they lie on their sides, with heavy breathing and snoring.

Even though the exact numbers of elephant remain is not known, but Asian elephants are now classified as endangered species, by the International Union for Conservation of Nature and Natural Resources (IUCN). The population is decreasing according to the experts.

There are around 415,000 African elephants, in the wild, according to the African Wildlife Foundation.

According to the IUCN, the population of African species population is increasing and they are considered vulnerable.

Lost habitat and poaching are treats for both the species, according to the World Wildlife Fund.