For a truly mind-blowing movie experience, check our recommendation 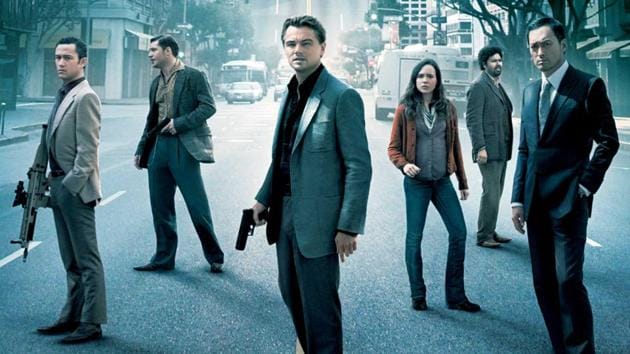 Inception remains one of the best films of all time, even after more than a decade. Inception takes viewers on a detailed tour of the world of our own mind – an unconscious world that impacts our conscious reality – with mind-blowing cerebral notions and images, as well as well-delivered explanations to describe these concepts and imagery.

Christopher Nolan is well renowned for his mind-bending films that push the boundaries of reality and explore the supernatural. The film Inception, which Nolan wrote and directed, was released in 2010 to acclaim from both reviewers and moviegoers.

Also Read: 10 Movies Like Harry Potter , If You Love Fantasy

If the ending of Inception has left you perplexed, check out these mind-bending films that are similar to Inception.

Martin Scorsese, best known for his gripping criminal epics, took a break from his usual themes to direct Shutter Island, a psychological thriller. In 1954, US Marshal Edward “Teddy” Daniels and his new partner, Chuck Aule (Mark Ruffalo), look into the disappearance of a prisoner from Shutter Island’s Ashecliffe Hospital, a home for the criminally insane. The film swoops in and utterly blows your mind with a plot twist that no one saw coming just when you think you have a handle on the plot. Shutter Island, like Inception, makes you work hard to comprehend the characters’ convoluted reality.

In The Prestige, Christopher Nolan delves into the realms of mysticism and the unknown. The sad death of an assistant during one of their shows strikes partner magicians Alfred Borden (Christian Bale) and Robert Angier (Hugh Jackman) in London in the 1880s. When Borden performs the ultimate magic trick, teleportation, Angier goes insane attempting to figure out his secret, pushing the boundaries of reality and the relationships around him in the process. With twists and turns along the road, Nolan employs similar techniques to those used in Inception to surprise spectators with a spectacular conclusion.

In Christopher Nolan’s Tenant, a CIA operative (John David Washington) travels through time to perform a particular mission: to prevent World War III from breaking out. What is the root of the looming global conflict? Andrei Sator (Kenneth Branagh), a Russian oligarch, is dying of cancer. Sator believes that he should be immune from suffering since he is a billionaire, and he wants the rest of the world to suffer alongside him, so he chooses to build a nuclear bomb to kill out humanity.

Memento, while being one of Nolan’s first pictures, is full of his signature aesthetic. Because the film is not given in chronological sequence, the spectator is required to participate actively in piecing together the tale. Because the film depicts a guy (Guy Pearce) striving to avenge his wife’s death while also battling with a rare form of memory loss that damages his short-term memory and complicates his search for the person who killed his wife, this format fits brilliantly.

“Looper” (2012), directed by Rian Johnson, is a science-fiction action thriller involving time travel and assassins. If that sounds intriguing, that’s because it is; the film was both critically and financially successful. It stars Joseph Gordon-Levitt as Joe, a time-traveling assassin who kills targets sent back in time by the crime organization for which he works. The contracts of loopers expire when their old self is sent back to be killed by their young self, effectively closing the loop. When Joe is challenged by Old Joe, represented by Bruce Willis, he fails miserably at this assignment.

Richard Kelly’s first feature picture, “Donnie Darko” (2001), was an indie psychological thriller that debuted at Sundance with another Christopher Nolan masterpiece, “Memento.” The film is set in 1988 and follows Donnie, a crazy, sleepwalking adolescent played by Jake Gyllenhaal, who has visions of a figure named Frank dressed in a scary rabbit outfit. By informing Donnie that the end of the world is approaching in 28 days, 6 hours, 42 minutes, and 12 seconds, Frank manipulates him into committing a series of crimes, including setting fire to a motivational speaker’s home.

Jordan Peele’s directorial debut, “Get Out” (2017), deftly navigates the narrow line between psychological thriller and horror. The film follows Chris Washington (Kaluuya), a Black photographer who is nervous about meeting his white girlfriend Rose’s (Allison Williams) family for the first time. It also features a breakout performance by Daniel Kaluuya, who was nominated for an Academy Award.

As “The Butterfly Effect” (2004) shows, messing with time has repercussions. “The Butterfly Effect,” directed by Eric Bress and J. Mackye Gruber, is a science-fiction thriller based on the titular scientific concept: chaos theory suggests that even minor actions, such as a butterfly flapping its wings, can have significant long-term consequences.

“Fight Club” (1999), directed by David Fincher, is a must-see thriller for fans of “Inception.” “Fight Club,” based on Chuck Palahniuk’s novel of the same name, stars Edward Norton as an unidentified narrator who is alienated by his office job and suffers from sleeplessness. He pretends to be sick in order to attend support groups, where he meets another con artist, Marla (Helena Bonham Carter). After his flat is damaged in an explosion, the narrator moves in with Tyler Durden (Brad Pitt), a soap salesman he met on a plane.

With the science-fiction action film “Doctor Strange,” the Marvel Cinematic Universe made a stylistic detour (2016). “Doctor Strange,” directed by Scott Derickson, incorporates time loops, reality-bending visual effects reminiscent of “Inception,” and an introduction to magic in the MCU. Dr. Stephen Strange, played by Benedict Cumberbatch, is an egotistical neurosurgeon whose hands are crushed in a horrible car accident, thus ending his career.