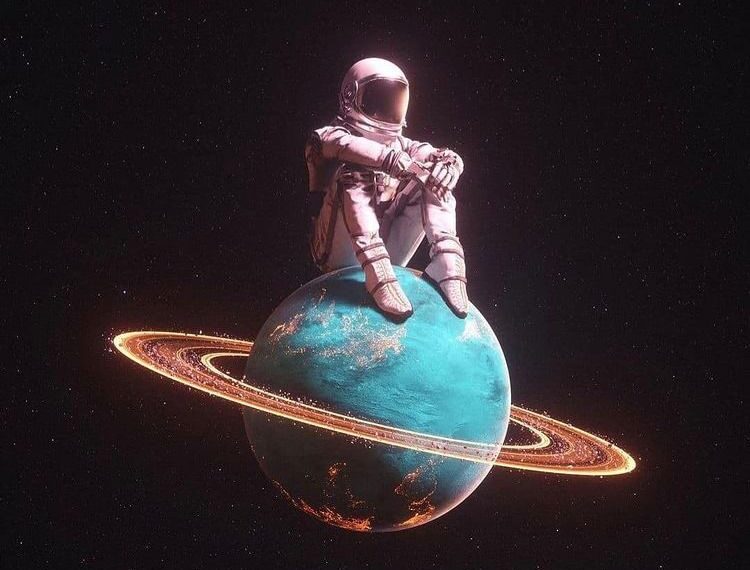 Hello there! You must have heard of Space tourism after all, this word is all over the papers and articles, well the time is changing. Like there are millions of millions of people out there who once in a lifetime dreamed of going out in space, I bet you did too.

Honestly, even today when I see the sky it fascinates me. I’ve this great desire to break through it and see what’s beyond the skyline, how does the moon look? Or what does the galaxy look like?

Well as I said time is changing so does the technology. All this sci-fi fantasy or the things we used to watch in movies are somewhat turning into reality. How? Space Tourism.

Billionaires like Jeff Bezos, Richard Branson, Elon musk and many others with their great mindsets of changing imagination into reality and a vision of human origin beyond the earth atmosphere. They’re near to build what is called Space Tourism.

Very recently, Sir Richard Branson, a 70 years-old British billionaire on July 11, 2021 made history, he accomplished a successful flight to the edge of space with his company Virgin Galactic. Amazing right!

They’ve now established themselves as the first tourist pioneer to make a journey with a commercial spaceflight company. And also, the FAA (Federal Aviation Administration) granted the company a license after successfully completing the final two test flights to space.

This new accomplishment was all over the news channels, magazines and has millions of billionaires waiting for the day they can also explore what’s outside the world.

However, not losing the competition even billionaire Jeff Bezos’s founder of Blue Origins company is due to launch his New Shepard space rocket into space on 20th July 2021. This will be the 16th test flight but for the first-time tourist will be inside the capsule.

Indeed, Bezos chose the right date, why? Because it’s a special date, 52 years back on that date Apollo 11 astronauts Neil Armstrong and Buzz Aldrin became the first humans to set foot on the Moon.

Things to know about Space and space tourism:

To begin with, according to science Space is an immeasurable three-dimensional extent in which objects and events have relative position and direction.

Furthermore, humans have already discovered the boundary between earth and outer space. This boundary is called the Kármán line, a metaphysical word for the altitude where it becomes too thin and which supports aeronautical flights.

According to Fédération Aéronautique Internationale (FAI), the Kármán line is defined as the altitude of 100 kilometers which is 62 miles; 330,000 feet above the Earth’s mean sea level.

However, not all organizations share the same information. So, as per the U.S Air Force the boundary is 50 miles, 80 km above the sea level.

The Kármán line was named after Theodore von v Kármán, a Hungarian physicist and American engineer who was devoted to aeronautics and astronautics. He was the first person to derive such a meticulous altitude limit, while he calculated the boundary as 275,000 ft, 84 km.

Who doesn’t like adventure? Well space tourism is a concept of a new kind of adventure and an exciting feature of the wider tourism industry.

With the great technologies and support from great established space industries now we humans can travel and explore space for recreational purposes.

Now, anyone can book a ticket for space and can be an astronaut and explore the other dimension, doesn’t it sound so cool?

Back in 2001 Space tourism was considered as the earliest markets that would emerge for commercial spaceflight and during that time Space Adventure was the only company sending paying passengers to space.

Certainly, Russia halted orbital space tourism in 2010 due to the increase in the international space station crews. Admittedly space tourism was supposed to resume in 2015 but the plan was postponed and didn’t occur till 2009.

Surprisingly, again on 7th June, 2019 NASA, announced that starting 2020 the organization aims to start legalizing private astronauts to go to the international space station with the use of the SpaceX crew Dragon spacecraft and Boeing Starliner spacecraft for public astronauts. Generally, the price for the tickets were planned to be 35,000 USD per day for one astronaut.

Well, there are so many great minds with overflowing desires to explore space and wishes to establish themselves in the pages of history.

While for us our world is too big and unsurprisingly, we don’t know much about our own planet yet so many areas of life and mother nature are unexplored.

However, you must be wondering how far our future generation will extend their exploration. Our generation is trying to accomplish what looks impossible by naked eye.

Whereas, they are so close to discover what’s on the other side of the black hole, walk on the surface of other planets and might change the meaning of human existence, making the difference.

Above all, there were many projects started by talented enthusiasts to resume the possibilities of Space tourism but only few are still striving to achieve the goal.

Not everyone is destined to get a chance to explore outer space but our future descendants will possibly find ways to travel and explore far away galaxies.

However, later in the near future everyone can become an astronaut. Prepare yourself to see some new and unique mind-blowing innovations, like who would’ve thought that these things would exist?

Spaceship Neptune, it is a stadium size balloon with reclining seats for tourists developed by one space focused company known as Space Perspective. They’ve announced that the spaceship Neptune will launch before sunrise at NASA’s Kennedy space center by the end of 2024. Furthermore, the spaceship is capable of flying up to an altitude of more than 100,000 feet.

Likewise, it’ll carry eight tourists inside a pressurized capsule and enjoy the view from the cabin through the windows. Moreover, unlike other space vehicles instead of astronaut suits the explorers will be seated in plush recliner chairs with access to refreshment bars.

Well, just as the name suggests, it means sending the remains into space. This concept was proposed by a science-fiction author Neil R. Jones, in a novella called “The Jameson Satellite”. According to the co-founder Chris Johnson, he wants to change the negative expensive death care industry into something positive for mankind.

However, unlike the old ways of space burial, this company offers space coffins for the person’s body. The coffin is specially designed to protect their body while collecting data and broadcasting. Any data collected via coffin can be commercialized to further space exploration.

While all the space companies out there like NASA’s working for long-term and long-distance convenient space travel. The Voyager Space Station or Voyager station is planning to construct a rotating wheel space station in 2026. The construction will be handled by Orbital Assembly Corporation.

The trip to the station would cost around US$5 million, and the space station would accommodate up to 400 guests and featured 24 individual pods. Additionally, the SpaceX Starship is planned to be used to shuttle space tourists to the voyager station.

Well, as a matter of fact the food supply to the space stations and other far away missions is extremely expensive. Besides, one astronaut on the international space station requires at least 1.8 kilograms of food per day. If the mission is for further distance than the required amount would increase.

However, the concept of space agriculture is incredibly appealing as it can save a lot of expenses. This concept was introduced by U.S Air Force Colonel Nick Hague, his aboard the ISS and studying how to grow plants in space. Well, this is something interesting!

Umm, well until now only the astronauts were lucky enough to smell the scent of space. Also, for more than a decade NASA has been using the smell of space and environment just like space in-field training to prepare astronauts for the events they’ll experience in space.

However, now a team of experts in the fashion, design, tech and logistic fields are bringing the scent of space to the public. Just like any other cologne or perfume, now even the scent of space is called as Eau de Space is available for us.

This space luggage concept was proposed by the world’s youngest astronaut in training, Alyssa Carson, collaborated with Horizon Studious, a Berlin-based company. Carson is said to be the first person to walk on Mars.

Well, this concept luggage is called Horizon one, it is an intricately designed carbon fiber suitcase suitable for space tourism.

To begin with, after the 2020 toilet paper crisis, NASA’s lunar Loo challenge is giving anyone the opportunity to design new toilets for Artemis astronauts. This challenge consists of a $35,000 prize that’ll be split between the best top three designs by the individuals or teams of people over 18 years of age.

Well, the concept was introduced by a Russian scientist Konstantin Tsiolkovsky in 1895, when he first saw the sight of the newly constructed Eiffel Tower and imagined building a space elevator. Decades later, a space shuttle company, Obayashi, is rethinking the concept and hopes to start transporting people into space by 2050.

Well these were some awesome unbelievable ideas which are still under development. In the next generation, we may explore parallel galaxies and walk on the surface of more planets via Elevators accompanied with smart suitcases.