The Ultimate Guide to Beer : How it produces & Heath Benefits 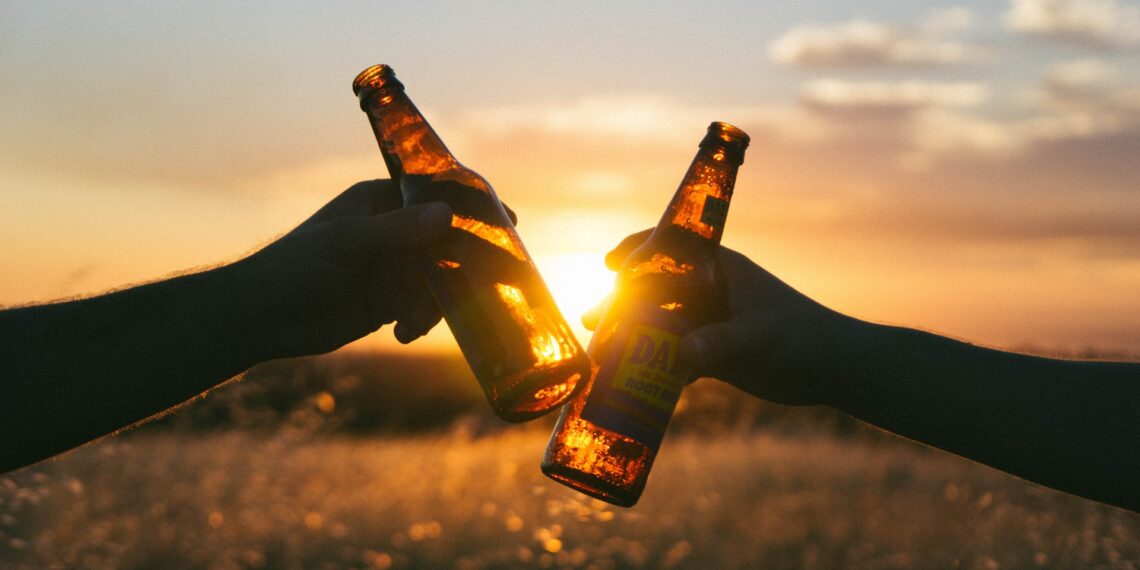 Beer is a beverage produced from the extraction of raw materials and water, boiling it along with hops, and fermenting it.

Before 6000 BC, in Babylonia and Sumer, barley was the major ingredient for making beer. From 2400BC, Egyptian tombs show that barley or partly germinated barley was crushed and later mixed with water and finally dried to make cakes. The cake leaves its extract, which gets fermented with microorganisms assembled on the vessel’s surface used for fermenting.

The Industrial Revolution came up with the procedure of brewing. The mechanism of making beer is called brewing. Using a thermometer helps in controlling the process in a better way. It was developed in Great Britain and propagated to the Continents. With the upcoming refrigeration process and ice-making in the late 19th century, the process was made easier and allowed manufacturing or brewing beers in larger amounts, even in summer. French chemist, Louis Pasteur, initiated many microbiological practices for brewing mechanisms in the 1860s. Emile Hansen, the Danish botanist, developed various methods for growing yeasts. Larger Continental brewers of Britain took up the pure-culture method rapidly. In the Americas, the German-style bottom-fermented method with pure yeast cultures became dominant.

The mechanism of brewing

The brewing process includes many steps like malting, milling, mashing, extract separation, hop addition and boiling, removal of hops and precipitates, cooling and aeration, fermentation, separation of yeast from young beer, aging, maturing, and finally packaging. To produce the lightly carbonated, alcoholic beverage, grain starches is converted to sugar, sugar is extracted from the water and later fermented with yeast.

Modification of barley to green malt, which is further preserved by drying, is called malting. Steeping, aerating barley, helping it to germinate, followed by drying and curing the malt, takes place in the process of malting.

During the steeping process, the barley is drained with air or aerated. The volume increases by 25% as the grain guzzles water and its moisture content increase upto 45%.

The embryo in the roots of the barleycorn secretes gibberellic acid, a plant hormone after the barley is activated by water and oxygen. The gibberellic acid starts the synthesis of a-amylase. Various enzymatic reactions take place during this process of germination along with modification.

Most of the moisture is removed from the dried green coloured malt. As a result, it increases the malt upto 5% larger and 2% ale malts. In the active state of this process, enzymes are arrested, but 40-60% is left behind. Resorting at high temperature encourages a reaction between sugar and amino acid and forms Melanoidins, giving malt flavor and color.

By storing in high temperatures in closed drums and soaking and steaming green malts, special malts like crystal (caramel), chocolate (black), and amber are made. Moreover, these special malts are used in small proportions. As a result, different innovations in flavor and color are made for finished beers.

With the advent of technology, modern malting techniques were used to produce malt in just 4-5 days giving decisive control over humidity, temperature, and heat. In addition, automated techniques provoked better development and production in different procedures of brewing.

After kilning, the malt is mashed and mixed with water at 62° C to 72° C (144 kilning F), completing the enzymatic conversion of starch to fermentable sugar.

Malt should be milled for efficient extraction of water. Initially, stones were driven manually or with the help of animals power, whereas mechanical roller mills are used for modern brewing techniques. The size of the malt depends upon the design of the mill and the gap in between the roller.

Mixing of the mash

The malt which is already milled is now called grist. Thus, providing the necessary conditions where the starch, other enzymes, and molecules liquefy, and instant actions of enzyme occur when assorted with water. Wort is the fluid generated in mash brewing rt containing approximately 10% sugar, carbohydrates, vitamins, salt, amino acids, and little protein. The wort is filtered to separate the solids it in, which takes about 14-16 hours.

After the filtration process, the wort is moved to a kettle made of copper for boiling to capture enzyme activity and get the hops’ bitter taste value. Hops provide the aroma and the bitterness to the beverage during the process of brewing. Thus, hops are the key ingredient in beer.

Heating and cooling of beer

The boiling process takes 60-90 minutes for sterilizing the wort, enhancing the aroma, and trigger the insolvable proteins. After a complete separation and filtration process, oxygen is added, passing to cooled wort to the fermenter vessel.

This is the most important stage in the mechanism of brewing. Green young beers are produced from simple sugars in wort which are transformed to alcohol and carbon dioxide. Yeast carries out the process of fermentation. Selected strains of yeast are added to particular beers in the process of brewing.

There are different methods of fermenting. Traditional and modern. With the advent of technology fermenting process in brewing has developed.

Various components in fermentation produce carbon dioxide, which is released and removed from the young green beer of the unwanted evaporative compounds. Strong flavoring and taste value is also removed or reduced by continuous yeast activity. For packaging purposes, the beer is packed at 0° C (32°F) under the pressure of carbon dioxide. Usually, beers are packed in bottles or metal cans, pasteurized by heating for 5-20 minutes, upto 60° C (140° F). Carbonation in the sealed vessel is increased, allowing it to obtain the “beer condition.”

Disclaimer: It is not encouraged here to guzzle, especially with any medical conditions. Alcohol consumption is harmful to health.

Moderate consumption of alcohol is good. But, too much of everything is bad. According to many studies, moderate beer drinkers live longer than drinkers because they have low alcohol content. Thomas Jefferson quoted, “Beer, if drank with moderation, softens the temper, cheers the spirit, and promotes health.”

2. No added preservatives in beer.

Beer is as completely natural as fruit juice or milk. But some labels in milk packages will surprise you. Due to the presence of alcohol and hops, no preservatives are needed in beer as both of them are natural preservatives. Therefore, beer can only be said as “processes.”

Beer is a completely natural drink, which offers a few calories like black coffee, black tea, and water. Beer contains an average of 12g of carbohydrates per 12-ounces. Beer doesn’t contain any cholesterol and fat.

Drinking beer regularly but moderately can increase and develop the cholesterol ratio in your body.

Beer is a chilled beverage, helping you to relax and chill even with friends and family.

Beer contains a high amount of vitamin B and folic acid, which can prevent heart attacks. Unfiltered or lightly filtered beer seems to be nutritious. It also contains soluble fiber.

Consumption of beer moderately can prevent you from the risk of a heart attack. In 1999, a study in the British Medical Journal spoke that the risk of coronary heart disease could be reduced by 24.7% if the consumption is moderate upto three drinks a day.

Beer contains xanthohumol, a potent antioxidant that obstructs cancer-causing enzymes. According to Dr. Cristobal Miranda of the Department of Environmental and Molecular Toxicology at Oregon State University, “much more potent than the major component in soy,”

In 2003, The University College of London and the Institut Klinické an Experimentální Medicíny in Prague said that there is no connection between drinking beer and belly fat. “There is a common notion that beer drinkers are, on average, more ‘obese’ than either non-drinkers or drinkers of wine or spirits,” said the researchers. The study found that “the association between beer and obesity, if it exists, is probably weak.”.

Beer is a low alcoholic drink, as compared to other hard drinks. It contains only 4-6% of alcohol by volume ( ABV). Although, the amount of alcohol may differ as per the brand of beer.

Who should not consume beer

– If someone has liver-related problems

– If you have insomnia

– If someone is breastfeeding or pregnant.

– If someone is suffering from Gout

– If someone has a stomach ulcer.