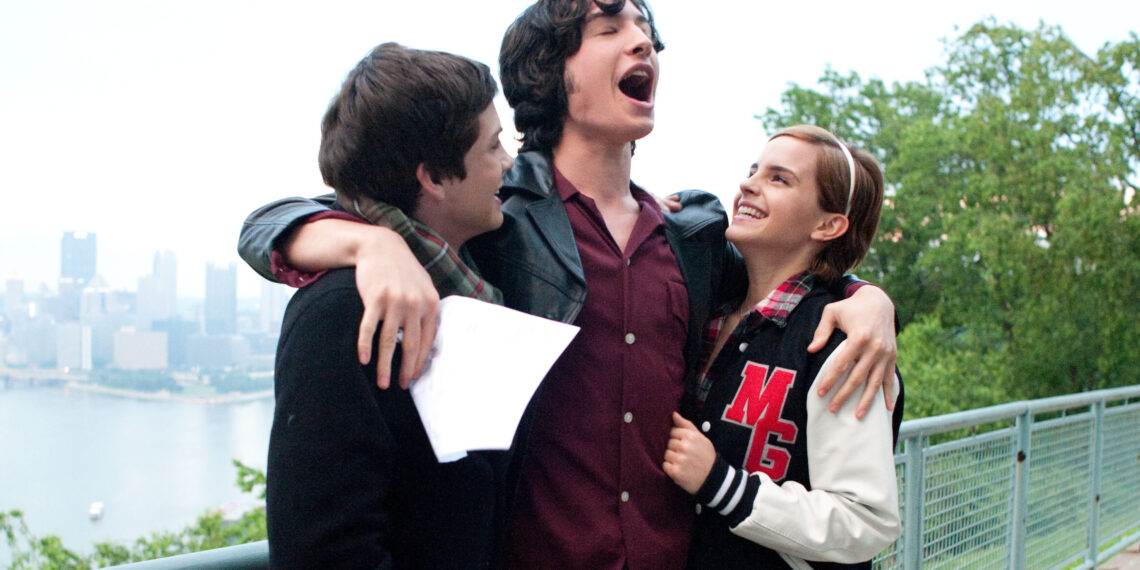 Charlie (Logan Lerman), Patrick (Ezra Miller) and Sam (Emma Watson) navigate the joys and pains of high school in The Perks of Being a Wallflower.

The Perks of Being a Wallflower is most likely one of those coming-of-age stories that people of all ages appreciate. Both the book and the film adaptation are special, standing out among the ocean of similar young adult books and films.

There’s a character for everyone in The Perks of Being a Wallflower, most notably the uncomfortable Charlie (Logan Lerman). He’s having trouble fitting in at school and grabs on to Sam (Emma Watson) and her stepbrother Patrick (Ezra Miller), despite the fact that nothing is ever easy. Based on Stephen Chbosky’s book of the same name, what follows is a candid look at how difficult a teenager’s life can be and how much you may not know about a person — or yourself. If you enjoyed it and then you surely want to add more films like The Perks of Being a Wallflower to your collection. So, here are 10 must watch movies –

1. The Fault In Our Stars

This film is likewise based on a well-known book, and it will undoubtedly tug at your heartstrings. It’s impossible not to be moved by a film about two teens. The youngsters in The Fault in Our Stars, like the characters in The Perks of Being a Wallflower, share all of their feelings with the audience and make you laugh as well as cry. It’s a film that will stay with you for a long time.

This millennial-favorite film, based on William Shakespeare’s The Taming of the Shrew, depicts the two sides of high school: when you’re cool and when you’re not. However, even if you’re not cool, you can fall in love and have a good time. Plus, Heath Ledger plays an outcast heartthrob, which we’ll never turn down the opportunity to watch.

John Hughes’ The Breakfast Club is a love letter to all high school loners and is considered one of the most influential films of all time. One of the film’s most stunning characteristics was how relatable the characters were. The overachieving geek, the stereotypical loudmouthed jock, the aspiring criminal, and the wealthy pretty-girl Every classroom contains all of them, to some degree or another. Hughes, on the other hand, takes these archetypes and turns them into three three-dimensional characters. By the end of the movie, they’ve all changed in some manner.

Juno, which won an Oscar for Best Original Screenplay, premiered to a standing ovation at the Toronto Film Festival. It is about a tomboyish 16-year-old girl who discovers she is pregnant. She refuses to have an abortion and instead chooses to donate the kid to the ideal marriage. But, as time passes, she discovers that no relationship is ever perfect. Juno has some excellent moments, such as when Juno tells her boyfriend, without even trying, that he’s the coolest person she knows. He responds that he has been putting in a lot of effort.

James Ponsoldt’s The Spectacular Now is a welcome addition to the teen dramedy genre, as it is an official adaptation of Tim Thorp’s novel of the same name. Miles Teller’s character, Sutter, is a happy-go-lucky kid. He is unconcerned about the future and adheres to the concept of living in the present. All of that changes when he meets Shailene Woodley’s Aimee Finnicky. The polar opposites begin to learn from one another, and Sutter eventually learns to address his problems head-on. He stops whining about his situation and realises that his family is doing everything they can to provide for him.

The Duff is a funny parody of the sidekick characters we frequently see in teen films, based on a 2010 novel of the same name. Duff is an acronym for Designated Ugly Fat Friend, which refers to kids who aren’t smart or attractive enough to form their own high school clique. Bianca Piper is one of these characters, with best pals Jess and Lacey who are far more popular than she is.

7. The Edge of Seventeen

Nadine (Hailee Steinfeld), like Charlie in The Perks of Being a Wallflower, struggles to fit in and navigate adolescence. In this coming-of-age film, she also learns how difficult it can be when your friend becomes famous while you remain unpopular — additionally, Nadine’s friend begins dating her older brother, making the situation all the more difficult and relevant.

8. Blue Is The Warmest Colour

Blue Is the Warmest Color is a film that has sparked significant debate. On the one hand, the cast and crew complained about the poor filming conditions, but on the other side, it’s still a great modern picture that offers a captivating storey with LGBT characters at its centre.

Despite the fact that Flipped is a lesser-known movie, it is nonetheless a comforting one. It features great performances and a nostalgic atmosphere that makes it even better. It is based on the novel of the same name. The plot revolves around two eighth-graders, Bryce and Juli, who fell in love despite being virtually total opposites. Because the film is set in the 1950s and 1960s, you can expect a thorough immersion into another era.

The film Good Will Hunting gave Ben Affleck and Matt Damon their first taste of stardom. Along with Robin Williams, Minnie Driver, and Stellan Skarsgard, the two co-wrote the screenplay and appeared in it. The film was a critical and economic triumph, with Williams earning an Academy Award for Best Supporting Actor and Affleck and Damon winning an Oscar for Best Original Screenplay. To this day, Affleck is the youngest winner in the category!