08 Movies like ‘Knives Out’ For The Inner Detective in You

by Sagarika Dey
in Buzz
3 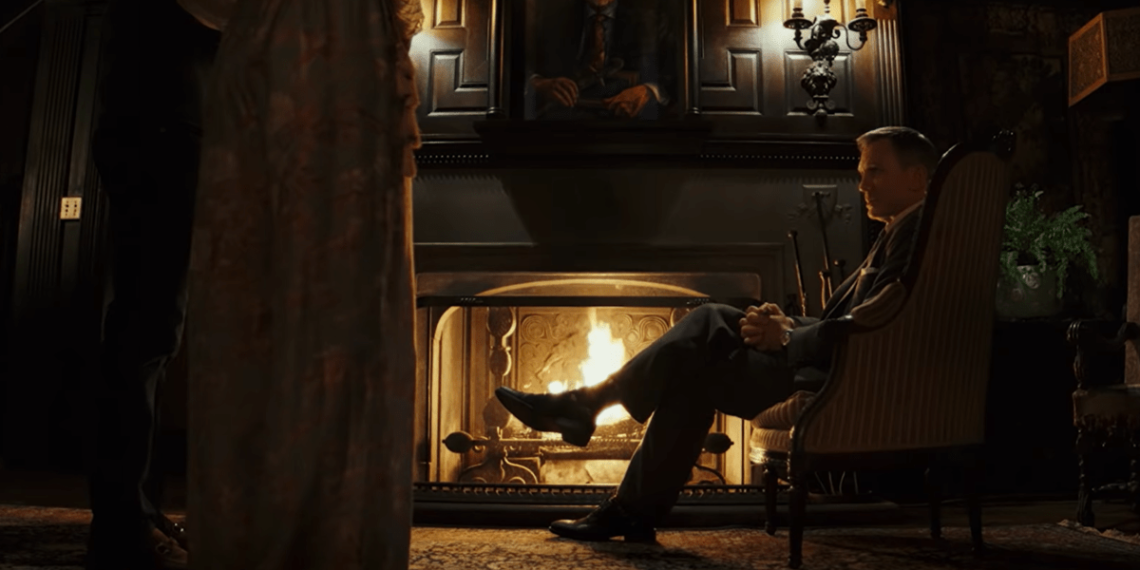 Knives Out have not certainly reached you unless you’ve been living under a rock for the past two years. The 2019 murder mystery film had all of the essential ingredients: a hilarious script, an odd premise, sharp dialogue, and fantastic acting. However, the comedic mystery is one of Hollywood’s oldest genres, and it’s not afraid to make a caustic comment now and then. A comedic mystery might be elegant or slapstick, foolish or clever, or all of the above at the same time.

Knives Out’s (2019) success revealed the riddle of the mystery story to viewers and revitalized the dramatic components of a murder mystery set largely within the boundaries of a large estate. Rian Johnson, the film’s writer-director, skillfully weaves a delicate criminal story that centers on a violent occurrence and highlights concerns of social duty and personal understanding.

Knives Out provided us with a beautiful estate as well as some of the most bizarre personalities imaginable. It isn’t the first, nor will it be the final, murder mystery. Many films have gone before it, and some may even claim that previous films have done it better than this one.

Also Read: 10 Must-Watch movies if you loved ‘The Perks of Being a Wallflower’

So, here are some movies that you must queue if you loved the movie ‘Knives Out’

Jonathan Lynn’s comedic murder mystery ‘clue’ is an ensemble play in which six guests are invited to dinner and become engaged in a mystery after their host is murdered. However, additional killings continue to occur, and the perpetrator must be apprehended as soon as possible to avoid the unavoidable. The film’s plot is devious while still being entertaining. The film’s comedic element keeps us entertained and prevents it from devolving into a sombre murder mystery.

“Arsenic and Old Lace” was a Broadway smash hit in 1941, and the film adaptation followed in 1944 to near-universal praise. Its success is due to its witty comedy, which is as quick, as dry, and as black as a trucker’s morning coffee. The Brewster family, heirs of the original European settlers, is a huge tribute to American tenacity. The drawback is that they’re all eager to murder you with a smile on their faces.

The mastermind behind suspense and mystery The Leopold-Loeb murder case in Chicago, Illinois in the 1920s was partially based on Alfred Hitchcock’s crime and murder story. The use of transitions, edits, and long takes within the film is one of the narrative structure’s highlights. Brandon Shaw and Phillip Morgan are two young guys who brutally murder their classmate David Kentley and bury his body in a chest. They throw a dinner party to show off their dexterity in conducting the horrific crime. What follows is a classic Hitchcockian thriller that takes its time to emerge and stun the audience.

Satyajit Ray used artistic freedom in adapting Byomkesh, a prominent Bengali truth seeker, to the film. Sonar Kella and Joi Baba Felunath are Ray’s other two detective films. Chiriakhana is based on Saradindu Banerjee’s short story of the same name. Mr. Nishanath Sen, a retired judge and a wealthy trader, visits Byomkesh and pays him to find out information about a film that has been made based on a song he heard late at night in his Golap Colony. Byomkesh agrees to look into it, and Sen is murdered one night.

5. Death On The Nile

The film can be considered a sequel to Murder on the Orient Express because it also stars Peter Ustinov as Belgian detective Hercule Poirot, who uses his wits to solve another murder mystery. The film was directed by John Guillermin and written by Anthony Shaffer, and it was based on another Agatha Christie novel. Poirot is enjoying a peaceful holiday on a sumptuous cruise to Egypt when a young lady on board dies, setting in motion a chain of events. Poirot now has the task of solving the case before the journey’s end.

A post shared by Death on the Nile (@deathonthenile)

The Mirror Cracked from Side to Side, adapted by Bengali master Rituparno Ghosh, is a serious Indianized adaptation of Miss Marple, portrayed by Raakhee as Ranga Pishima. She, like Agatha Christie’s British detective, does not leave her residence to investigate the unexplained death of an actress on the set of a feature film. She delivers a balanced representation of an enigmatic and clever investigator from a basic middle-class upbringing in Kolkata with panache. The film features an ensemble cast of well-known Bengali actors who are more than just colorful misfits in the background. They’re more of a tool for passing the needle of uncertainty from one individual to the next.

7. The Girl with the Dragon Tattoo

Mikael Blomkvist (played by Daniel Craig), a disgraced financial reporter, strives to save his career by uncovering a 40-year-old mystery. To locate the murderer of a wealthy Swedish industrialist’s niece, he teams up with Lisbeth Salander, a young computer hacker. Salander is odd and intelligent, and the two of them work together to solve this hazardous cold case.

Gosford Park isn’t just a good murder mystery like Knives Out; it also has some stunning cinematography. One of the most striking aspects of Gosford Park is how much emphasis is placed on the “help” who work in the massive home. While the other films on the list employ servants more as props than genuine characters, Gosford Park does a fantastic job of giving you a glimpse into the lives of the servants, similar to Upstairs, Downstairs, or Downton Abbey. In the end, the servants appear to be just as likely to kill as the other “well-to-do” mansion guests.