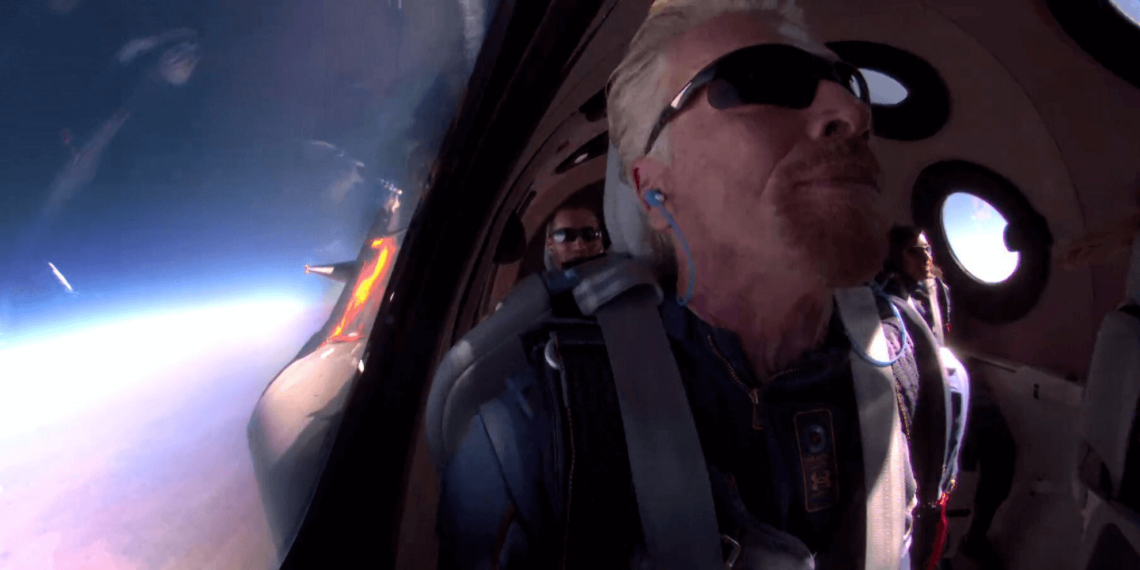 British businessman Richard Branson will go on a spacewalk on Sunday. If this flight is successful, Virgin will cross the biggest milestone towards starting a commercial tour to space.

Richard will join Space Ship Unity 22 as a mission specialist. Five more people, including India’s daughter Sirisha Bandla, will fly with them. Sirisha will become the second Indian-born woman after Kalpana Chawla to go into space.

Two more big things are going to happen in the world of space tourism this month. After Branson, on July 20, Amazon founder Jeff Bezos will fly to visit the ‘Edge of Space.’ At the same time, at the end of the month, Boeing will fly a test flight of its Skyliner.

The successful flight of Branson’s Virgin Space Ship (VSS) Unity 22 will open new avenues for suborbital tourism within Earth’s orbit. If the flights of Bezos and Boeing are also successful, then the market of private commercial space travel will also grow rapidly till the edge of space.

More Details about the event

After this, VSS Unity22 will go to an altitude of about 90-100 km with its rocket. At that time, other passengers, including Branson, will feel weightlessness for about 4 minutes. From here, the Earth will appear round. That is, its curvature will be visible. It will then return to Earth and land on the spaceport’s runway.

Richard Branson has his own company, Virgin Galactic. It has traveled to the Age of Space three times so far. But till now, it was only test flights. Then, on June 25, the company formally got the license.

Now the company can take common people to space after basic training. Branson’s flight can be called its trial. The companies of Branson and Bezos have received permission for the mission with the crew.

For this reason, on July 11, Branson and Bezos will create history by going together in the first crewed mission of their companies on July 20.

Branson’s company is preparing to take people to space every week from 2022. For this, he is in the process of recovering $2.50 lakh or about Rs 1.90 crore.

On this basis, according to a report by Reuters, by 2030, the space tourism market is going to be worth 3 billion dollars, that is, about 26 thousand crores.

Branson himself is on the flight to see how long it will take, what the tourist’s weightlessness experience will be like, and how it can be improved. Because of this, he is being called a mission specialist, a member of the crew.

The funny thing is that Branson had no plans at all. There was talk of Bezos’s space travel everywhere. But when Virgin Galactic got the license on June 25, the company announced its mission on July 11. So it is clear that Branson wants to beat Bezos in this space tourism race.